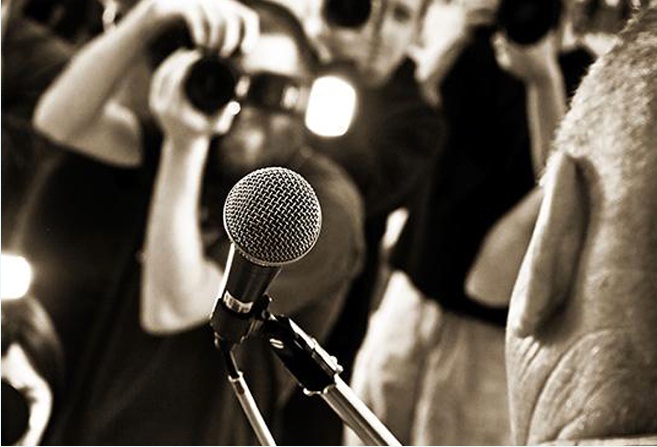 An attorney representing a celebrity in a high-stakes civil or criminal trial litigation is akin to someone playing blackjack in Vegas: It’s not an exact science, and rules are made to be broken. In the end, those who can do the math live to fight another day. In other words, repping a celebrity in litigation can be an express train to money and glory, a lawyer’s worst nightmare, or, in some cases, simply another day’s work for a certain type of attorney.

JPR works throughout the financial services and banking arenas. Via The Acceleration, JPR is helping Commerce Home Mortgage in its fight with the Federal Home Loan Bank of San Francisco. ... See MoreSee Less

After being approved, retroactively denied and having a second application rejected, the firm is appealing the decision with federal regulators.
View on Facebook
·Share

A relevant blast-from-the-past as the founder of Johnson Public Relations goes onto Fox11 morning news to discuss the college admission scandals. Note the four steps outlined when an institution's reputation is under assault::

1) Face up to the problem
2) Investigate the problem
3) Take remedial action
4) Be part of the solution moving forward ... See MoreSee Less

The founder of JPR is interviewed for this NY Times story. Good job by writers Ben Sisario and Graham Bowley on the horror show of the concert industry trying to figure who gets what amidst all the cancellations due to Covid-19. (FYI: JPR music clients Christine Lepera and Ed McPherson, both top litigators, pop up in the NYT all the time.) ... See MoreSee Less

Angry Fans Say First the Concerts Were Canceled, Then the Refunds

Ticket vendors are being criticized for treating the thousands of live events that were called off as postponements, on which some do not offer refunds.
View on Facebook
·Share

JPR client AFV Partners has acquired RocketRoute Limited, a UK-based global aviation software company. JPR worked with all the aviation trades and the private equity publications that cover M&A. Thanks to Corporate Jet Investor, a leading UK trade that covered a rather complicated transaction.

After moving to our new offices in Century City, JPR began doing more work with private equity funds on the transaction side and on litigation support. We work with all the reporters who cover p.e., from the WSJ to financial trades. Here's a breaking story on our client who's going up against Vista Equity Partners. ... See MoreSee Less

Anthony Aquila, former chairman and chief executive of Solera, alleged the company is refusing him the stock options it agreed to issue him, on the grounds he violated an agreement not to hire Solera ...
View on Facebook
·Share

Actress Felicity Huffman was sentenced to 14 days, 250 hours of community service, a year of supervised release and given a $30,000 fine for her role in the college admissions scandal; reaction from R...
View on Facebook
·Share

Ryan Faughnder of the L.A. Times worked his butt off putting together this story for JPR client Quixote Studios North Valley. The headline works, too. #HatTip ... See MoreSee Less

Hollywood has a need for production space as demand for television content on streaming services rises, and un-Hollywood Pacoima has the answer.
View on Facebook
·Share

Great coverage of the opening of JPR client Quixote Studios North Valley by Bob Strauss. Bob has written about the film industry since 1989 for the Daily News, and was a boffo film critic for many of those years. #Respect ... See MoreSee Less

Quixote’s North Valley Studios open at a time when peak TV production is in dire need of more soundstages – and they’re already booked up.
View on Facebook
·Share

Tony Aquila is a major force in the automobile and insurance industries. He's leaving Solera Holdings, and his next move will be a big one. Thanks to Tony for helping out with the release, and to Michael Nyman at The Acceleration for bringing the JPR founder into the mix. ... See MoreSee Less

Clients work directly with senior professionals who counsel clients looking to raise their profiles, re-position their companies, or manage their reputations in sensitive situations.