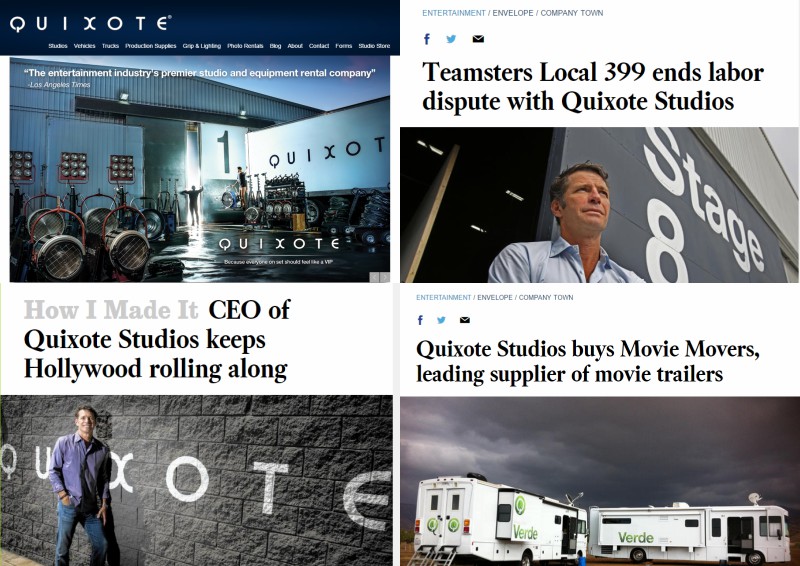 Since 2013, JPR has had the good fortune of representing Quixote Studios (www.quixote.com). What began as a crisis communications assignment – the Teamsters and Quixote were involved in a nasty labor dispute – evolved into a much broader corporate communications assignment that has brought JPR into every facet of Quixote’s rapid expansion. Quixote CEO Mikel Elliott has built a sui generis enterprise where his employees are given a tremendous amount of freedom to be creative. Thus, what many think is an unsexy business – studio space, equipment trucks, star trailers – is now a surprisingly cool business that is rapidly expanding into the New York, Georgia, and New Orleans markets. It’s a great media story because the Quixote staff makes reporting the Quixote story a pleasure.

As the major film studios begin to tout a new distribution window and disruptive technology that would cannibalize revenues to the movie theaters, Johnson Public Relations is retained by the National Association of Theatre Owners (NATO), the trade lobby for theater owners, to begin an extensive outreach to the Hollywood creative community.

The plan is three-fold: JPR would recruit leading film directors and producers who would join a coalition supporting the theater owners’ underlying business platform. JPR would introduce and position John Fithian, the NATO chief executive, to the entertainment industry agents, managers, and lawyers who do the deals for the creatives. JPR would finesse media relations with reporters who are actively covering the rollout of the major studios’ disruptive technology. 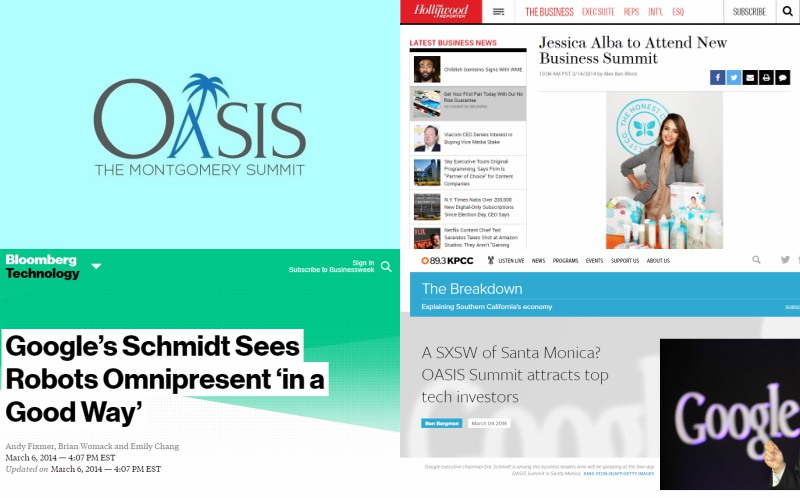 JPR client Montgomery & Co. hired the firm to provide media relations for the debut of the Oasis Summit (www.oasis-summit.com). The JPR team immediately began working with Bloomberg News as the national outlet and various local media outlets to promote the conference to the tech and finance media. 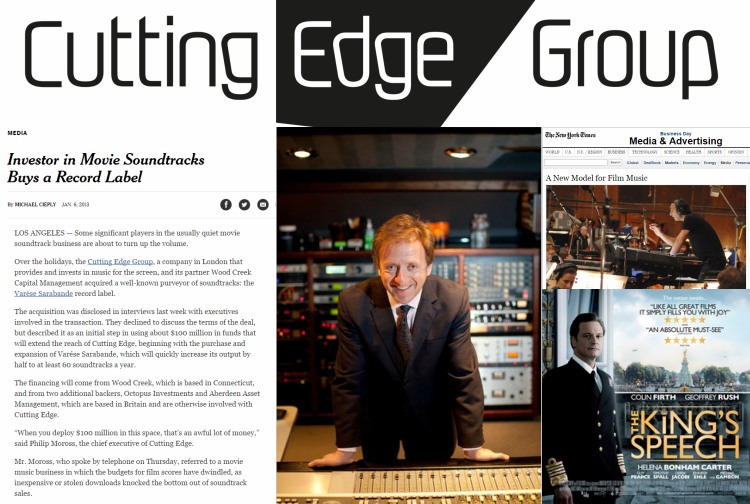 The Cutting Edge Group in the U.K. contracted JPR in hopes of getting a story about the company and its CEO into a major American business media outlet. Five days after its engagement, JPR learned that the New York Times was looking for a “product” story to complement a front page business section column on the ability of The Weinstein Company to mount Academy Awards campaigns.

The Cutting Edge Group had invested a relatively small amount of money in TWC’s “The King’s Speech,” but the investment vehicle of the client pursuant to the movie was disruptive, and the JPR team pressed the Times to run the Cutting Edge story, which was booked, reported, edited, and packaged within a week. 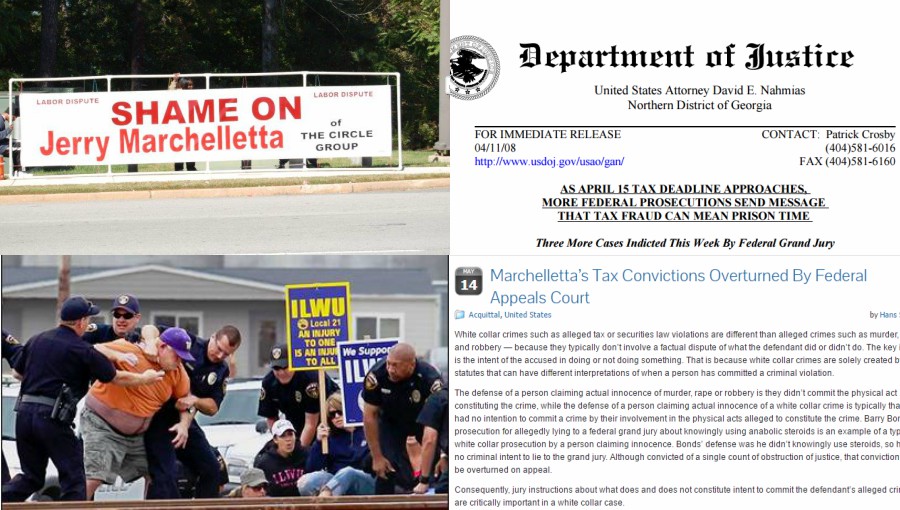 The Circle Group, an Atlanta-based construction company, faces a perfect storm, and retains JPR. The chairman/founder of the client company and the chairman’s CEO’s son are convicted of criminal tax fraud. Meanwhile, the client company’s practice of hiring non-union workers comes under attack as a labor union, emboldened by the tax prosecution, launches a corporate campaign against the client. The activist union bombards the company headquarters and work sites with a boisterous bannering campaign and sidewalk demonstrations designed to shut down the client’s business.

Working with the nation’s premier criminal tax litigators and labor lawyers, JPR launches a three-pronged campaign: 1) Outreach to local media explaining the truth about the complex tas issues that led to the prosection. 2) Outreach to all client customers and vendors explanining the position of the client per both the criminal prosecution and the corporate campaign by the labor union. 3) Launching a counter attack by building an issue-oriented website and activist blog (with attendant SEO and sponsored search engine links) exposing the corruption of the union in question and the illegality of the union’s corporate campaign.

With the help of labor lawyers, the corporate campaign is eventually neutralized as the client and union work out a settlement that pleases both sides. After a two-year struggle fought in the court of law and public opinion, the client is vindicated as the tax fraud convictions are overturned on appeal, and federal prosecutors drop all charges.

After five years of investigation, a high-profile American action star is indicted for numerous tax felonies and misdemeanors. A year before the trial, JPR is hired to provide litigation support for the star’s attorneys.

One critical task was to put the themes of the defense’s closing argument out into the jury pool before the trial jury was picked. By going through a year’s worth of jury voir dire response in previous trials, it was learned that the venue’s jury pool overwhelmingly watched one local TV news affiliate, one that had a state-of-the-art website that archived news reporters and interviews in an easily searchable package. All exclusive interviews with the action star’s defense lawyers were steered to this one affiliate. Before and during the subsequent trial, the station’s news reporters continually repeated the defense theory to their large TV audience.

The JPR professional was on the ground a month before the trial, and was available to the national media who covered the trial 24/7. Much to the surprise of trial watchers and national commentators – but not the defense team – the action star was eventually acquitted of all felony tax counts. (He was convicted of three tax misdemeanors).

"Ross is a bulldog. You want a guy like that on your team... not against you."

"These guys know their stuff."

"Ross Johnson is a rarity in the PR world: a straight shooter."

“These guys know their shit.”